What's on your mind?

What are scenes from Anime Campaign that you want to see in the series?

My top two are just seeing...

I'm making a mundie OC, and was going to give them a wild magic move because, it's one of my favorite parts of anime campaign but, then I realized... can mundie users even use magic/wild magic in the first place..?

Noted that the wild magic is inside an item the character has so, maybe I can say they get it from an epithet user through trades, purchases or, just as a gift from someone who is an epithet user but, still I need to know if it's even possible first... also, even if it's given to them can they still use it or, will it just not work at all..?

(I tried to look for somewhere to post this besides here but, one most places don't want spoilers for anime campaign, and I honestly find wild magic a spoiler because, it's just such a funny thing that I don't want to ruin for any epithet erased fans and, two saw nothing about this/no one asking this anywhere else.)

I'm assuming mundies can't have wild magic but, maybe they can get it put into items to use..? But, I wanted to ask to be sure... if the answer is no, it's fine just disappointing, I've already finished the character without adding wild magic to them but, if anyone knows about it for future reference I'd appreciate the information.

Please use this space to ask any questions you might have about the Fandom Anime Team's efforts to place content that spoils Epithet Erased under a warning and remove inappropriate pages. Either I or another member of the Anime Team will respond to you as soon as we are able. We currently plan on spinning-up this project this weekend and then beginning in earnest on Monday.

I'm uploading clips of Anime Campaign one at a time! Search Gnockgnock for my YouTube page! The first one that rolled out was Episode 7's Giovanni Boss Fight! https://www.youtube.com/watch?v=LHhqbQkuX54 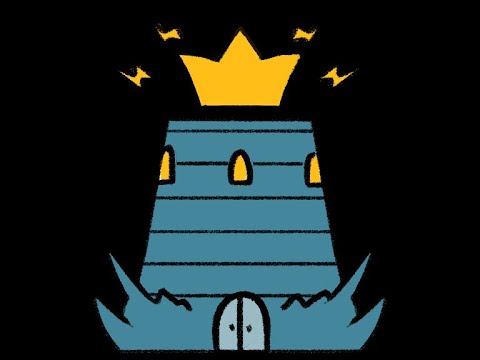 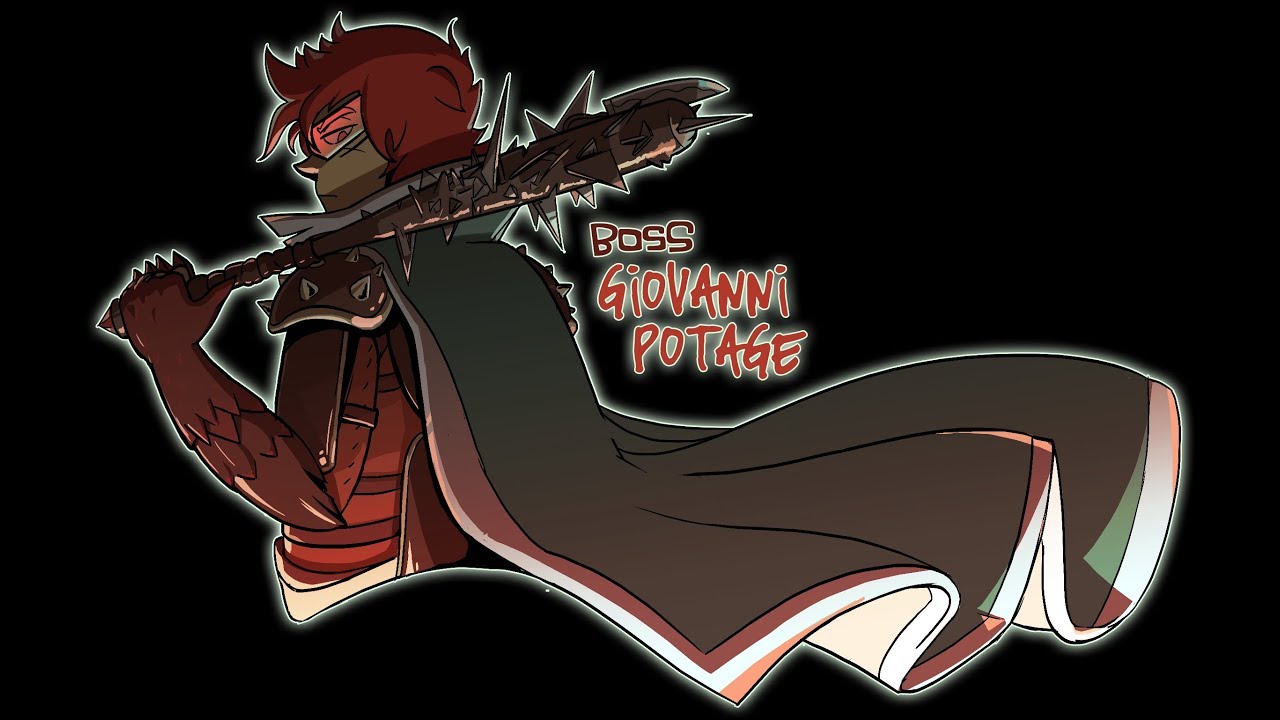 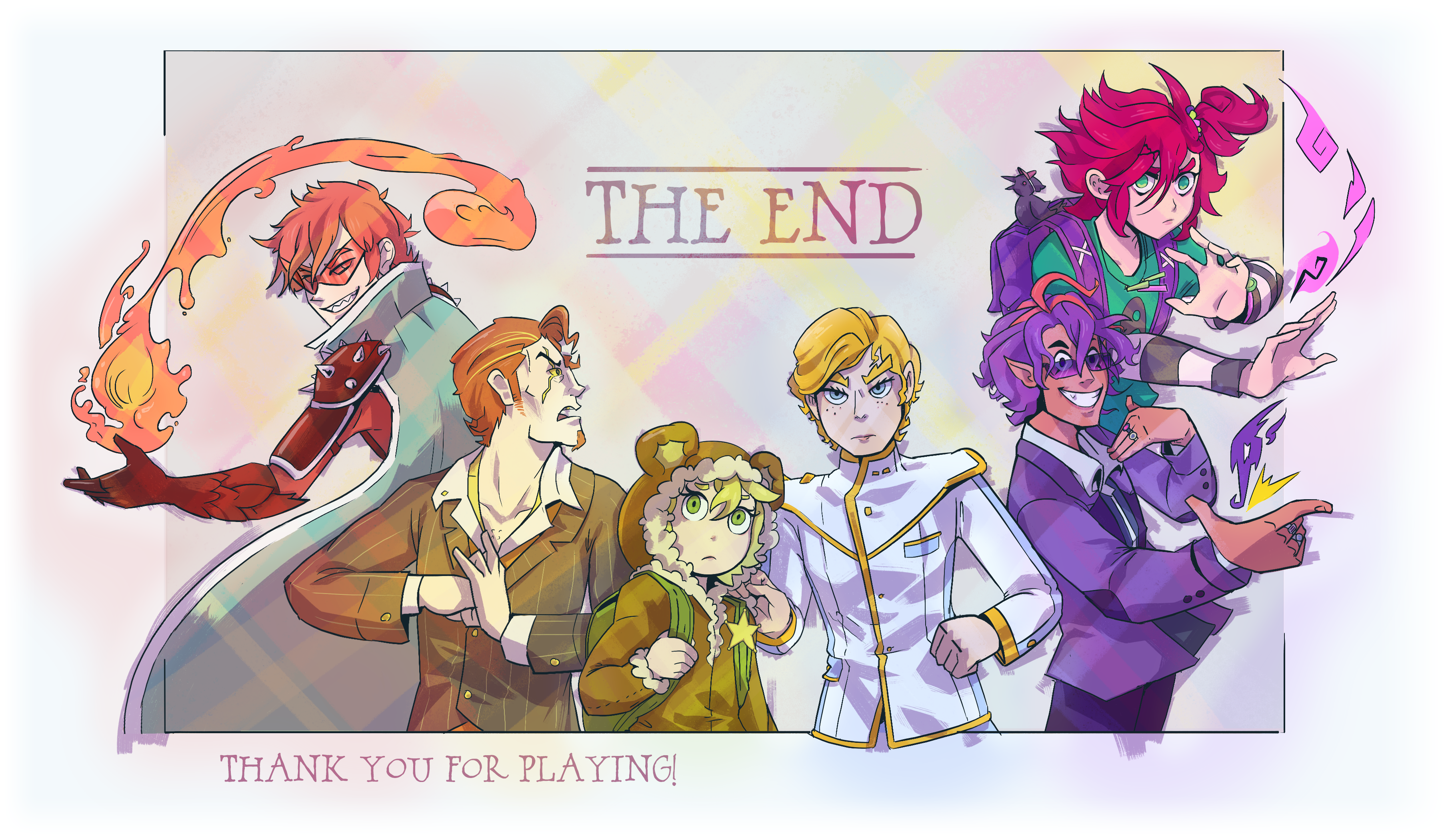 Does anyone know how we can delete pages that are unnecessary? There has been an increase of pages that don't need to exist (To say it nicely) these past few months, and I very much would like to get them off the wiki so it won't be cluttered with unneeded, and quite frankly malicious pages. That is all, have a nice day!

Specifically, GamerGirl.exe, love your work... However, I think that there are some things that would help you. Specifically... Here's a reminder to go over to Jello's pages on Tumblr and Twitter and see the information from before Epithet Erased's an announcement and to pay a bit on the SurpriseRoundRPG Patreon for the legal way to get the different art assets used in the series! That would help y'all with putting art in the right places, like California Slim's shade! There is the TVTropes page https://tvtropes.org/pmwiki/pmwiki.php/Roleplay/AnimeCampaign and there are 4 Anime Campaign animations with parts from the actual show, sound and everything!

Which has since had the audio overlayed with Epithet Erased footage and made into this video: https://www.youtube.com/watch?v=XUaC7ny3GKw Which already has fools commenting that they'd fear of not looking at it the original for fear of being spoiled. THEN DON'T BLOODY LOOK AT THE ORIGINAL IF YOU'RE GOING TO BE SUCH A HOBGOBLIN ABOUT IT. 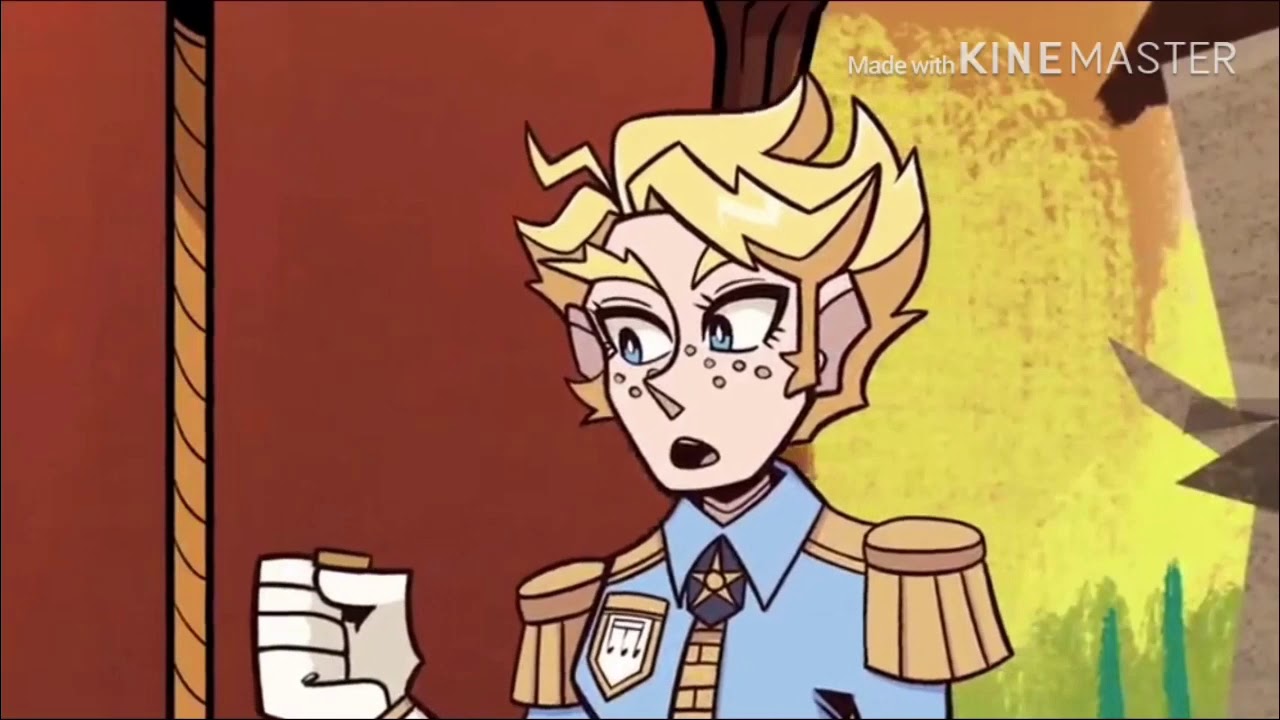 https://www.youtube.com/watch?v=DmO8pf9AHt8 "Epithet Erased Fan Animation [Spoiler]" from Rebecca doodles, which is from Episode 5

https://www.youtube.com/watch?v=i4hKZm97uJY Anime Campaign Spots a Ghost, also from Daremono, however dealing with Episode 6A: Emergency Mirror Battleground, where there is the first scene after the exposition dump by Phoenica Felicity explaining what they're doing. They, as the title suggests, spot a ghost. A ghost-ass face in the well. 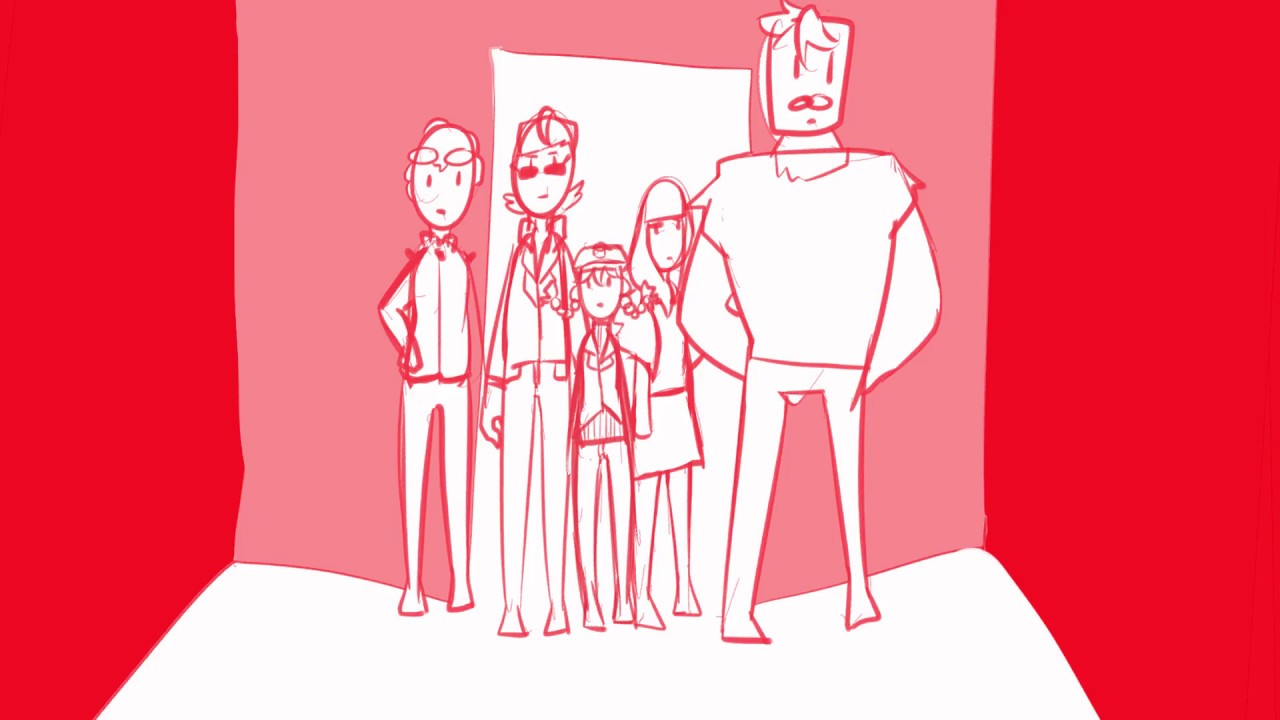 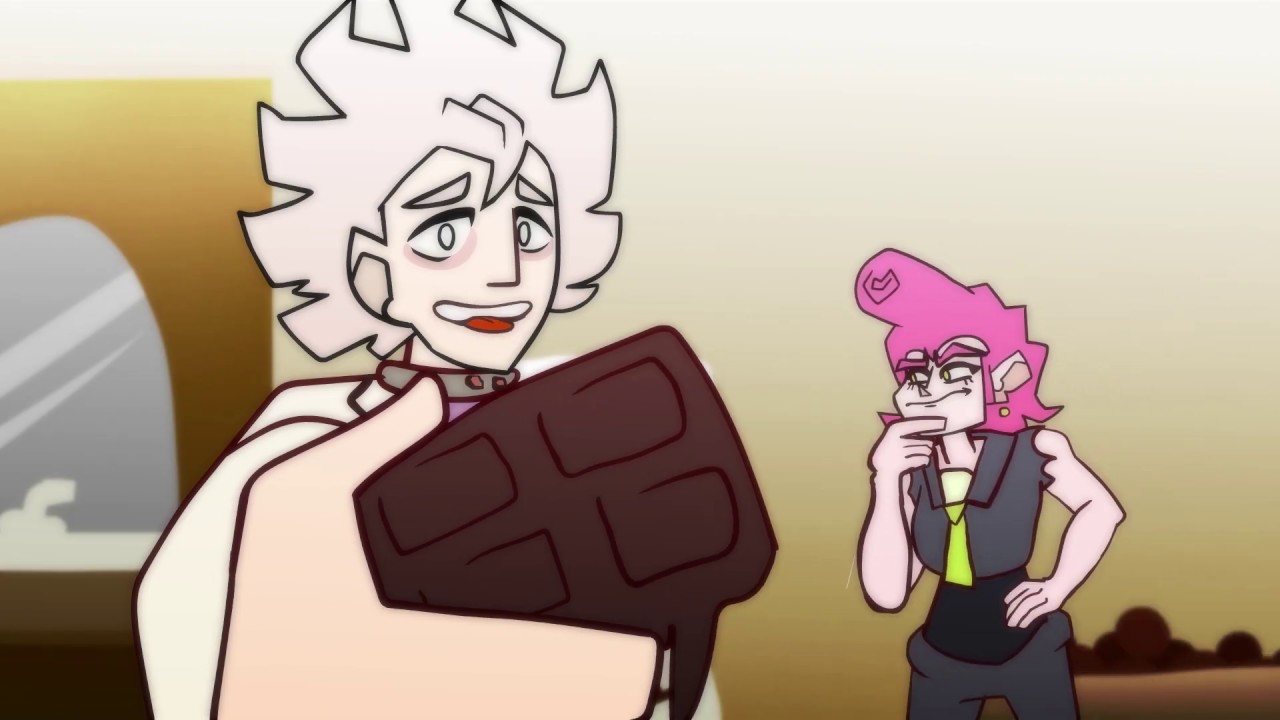 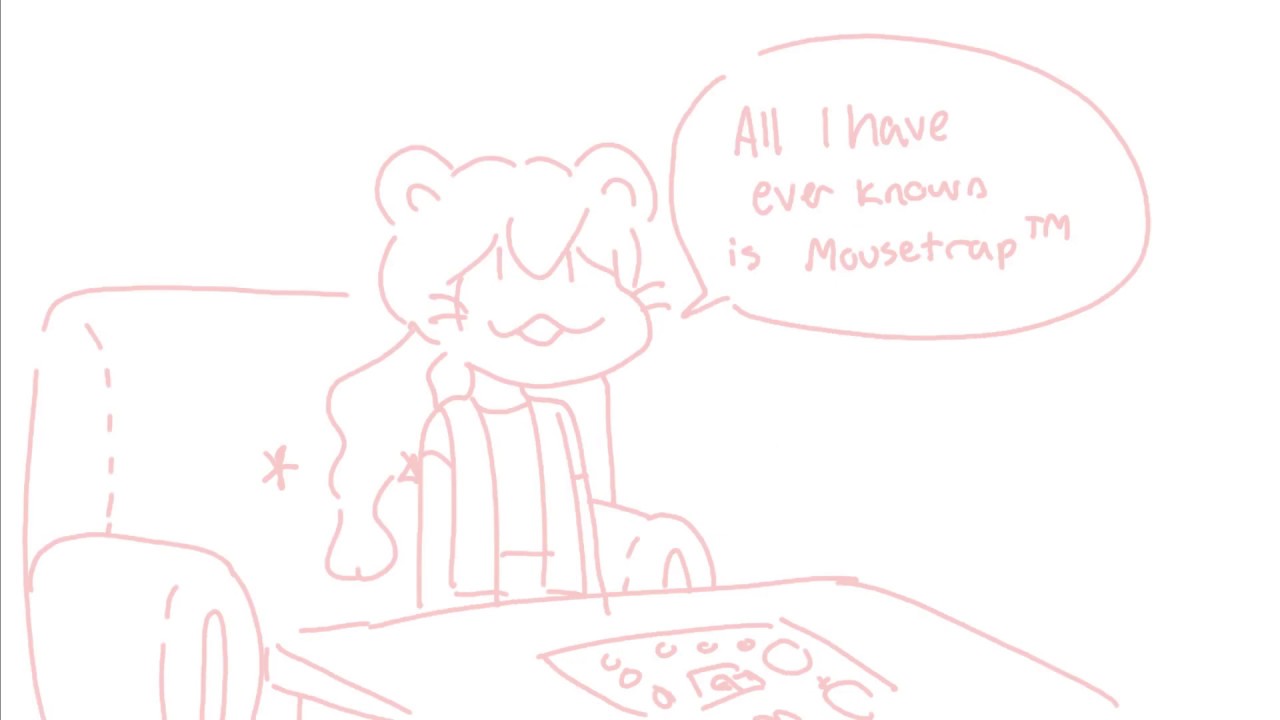 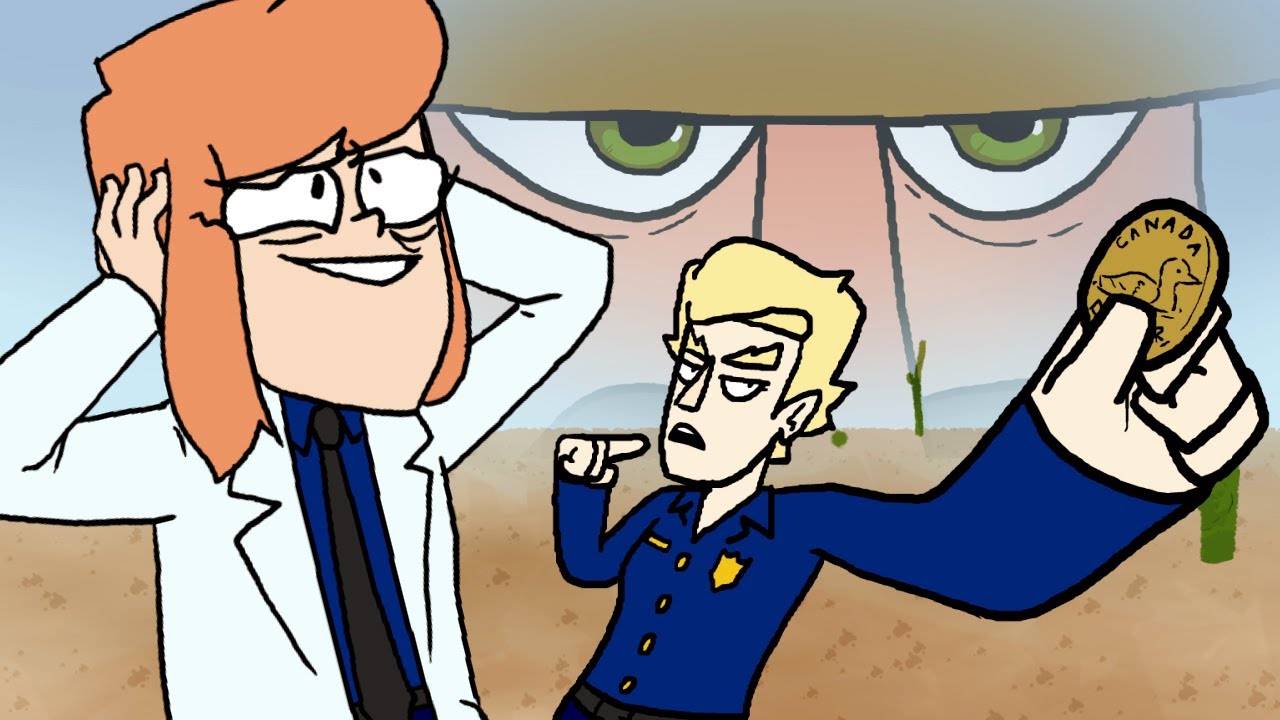 I'm pretty sure that if you check my profile you can find my contact information if you wish to speak to me on any further details or any other matters. Could also just repost my Discord, which is Sylvan Rosawood#5181 ! Remember, it's good to have a good Encyclopedia for those who want it, and for those who don't want to read it, don't read it! Simple as that! 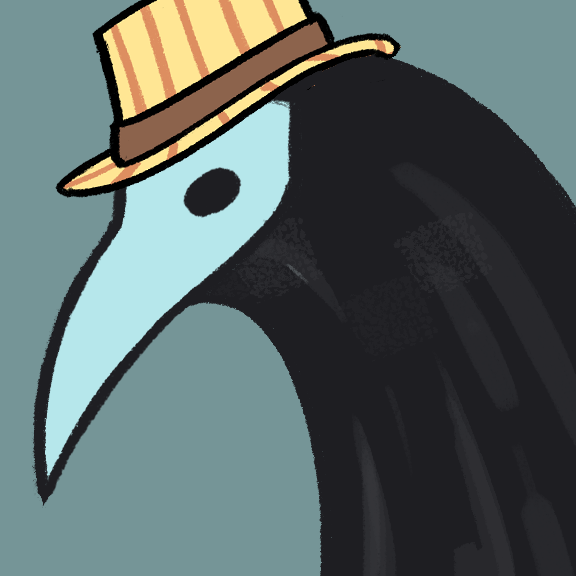 Keep fighting the good fight, for the truth, no matter how bad it hurts.

A: I won't put up with your bullshit just because you're from the creators. Wiki means Encyclopedia, and Encyclopedia means accurate catagorized information. I've been working to watch the episodes at first because I actually enjoy the series, and now just watching them and rewatching them so that I can get all of the info I need to write accurate information here. So no, I won't allow you to write new information unless I know that it's right because there are people that support the creators who make this place into a bastardized bullshit place instead of actually being an Encyclopedia of Anime Campaign, telling informative, detailed information of what actually happens in the show. So yes, since I have all episodes downloaded I will tell you to site the Episode and timestamp of where you find information because if not then I won't believe you. And word from the creators past the time the show ended doesn't out either, because they don't give a rat's ass about this right now since they're trying to work on the adaptation... So contact me at Sylvan Rosawood#5181 on discord, you could email me, or comment on this post. I know that it feels like to me that the most worklike thing that I've been doing since I've graduated High School is work on this wiki, but I'm going to work hard on it goddamn it.

Now that I have been rewatching Epithet Erased and finishing Anime Campaign, I will shout to everyone, including the creators, this simple message. If it is in Epithet Erased it is not a spoiler. Thus for literally anything that has been already shown in Epithet Erased, such as the fact that Bliss Ocean is Bliss Ocean, Yoomtah works there, and Quinton does not look like anyone in the Bliss Ocean meeting at the end of Epithet Erased episode 7... Work with what is in Epithet Erased to know what ISN'T SPOILERS. And find what isn't already shown there to what isn't. The Songstress has an appearance in Episode 1 of Epithet Erased with Pheonica Felicity in the opposite painting. This shows that they have a connection. Thus you shouldn't look at something like Wiki pages and TvTropes saying that they're connected in Fate as it being a spoiler. Why hint to things you can't see or can't see for years

I am reminded that the reason that these attacks exist is that there are spoil bois... People who wish to give spoilers to those who do not ask. Thus in order to stop them, one cannot truly stop them, but make it harder. As a scholar it is of my honor to keep trustworthy information of what I love, I appreciate the idea of giving and allowing the access of information to those who wish it, but for them to use such information for evil, such as telling those who do not wish it... Rather frustrating that these people exist. The people that do not know the context of Soup 02 frustrate me so, but the reason that the creators do not enjoy my existence is that I fight against them. For a cause that is not even worthy... To educate the masses that wish to be educated is not worthy in comparison of the fact that there are those who wish to spoil and making it harder for them by making the information less accessible... This personal account will hold accurate information but I may be obliged to redeem myself by logging out of the account and desecrating this corpse so that no one evil can recognize it.

A, to you people that keep on erasing stuff just because you think it is what the creators want, I don't care. I want this place to be where you can get good information for Anime Campaign details!

Since they got taken down for whatever reason (I kinda want to know why if that's public knowledge) and I'm really new to this fandom I don't really know how I would get a hold of them, if one of y'all could help me out I would really appreciate it.

Of course the streams are down, I got kicked out of both the official Epithet Erased discord for talking about Anime Campaign in the wrong place (where you're not supposed to talk about it there now) and out of the Surprise Round discord for calling myself a favorite slur of mine from DWK of the series Totally Legit Recaps, Spaghetti Spewing Autist. I am actually autistic and I like the phrase because I can use it to refer to my obsessive tendencies for something that I am in to. As an active editor here I make sure that factual information is here so that anyone that feels like spoiling themselves, or anyone that has already seen Anime Campaign and wants to see organized information, can. That means in my case the fact that I've been putting back detailed information before, including what has happened to Sylvester Ashling in Part 0 since the Document is still around. I've watched the entire first season of Epithet Erased and the first 5 episodes of Anime Campaign with the start of Episode 6. I just know that since I am not amazingly good at art nor at fanfictions and cosplay, I feel like this is the best way for me to contribute to the fandom. Although as shown by people like DWK and artists that I've followed before, you don't need to be good at something immediately, you just need to produce after finding a need that isn't filled. I look forward to more people adding to the wiki and... if I focused on this full time instead of other things like reading the newest strips of the webcomics I follow and reddit, then I'd probably finish descriptions of everything that happened in Episodes 0 and 2 for the characters that appeared there, the objects there, the locations there, and a general overview of them.

I am unable to find the streams of Anime Campaign available anywhere. I know that 'Episode 0' is totally gone, but all the links I use to view the other streams redirect to Twitch stating that the page no longer exists. I somehow got a link to episode 1 part 1 to work one time, but have been unable to even find that video again. Even if I go through my history, it redirects to the Twitch "this page no longer exists" screen. Any help would be appreciated, even if I need to download the video from somewhere.

In general I'm not sure how forums work so, if this is in the wrong location sorry but, I wanted to know for characters where their images are harder to get a hold of should we get images from the streams that may not be as crisp or..?

This is the place to talk about your favorite topic, to share news, theories, ideas, and to connect with others.

To learn more about what you can do here, check out community.wikia.com/wiki/Help:Discussions

If you're an admin on this community, read more about how you can customize your Discussions and set up guidelines for contributors: community.wikia.com/wiki/Help:Admin_and_Moderator_Tools_in_Discussions